Getting a late start to retirement savings can make a comfortable retirement seem impossible. But people in their 40's, 50's and 60's can still take steps to make the retirement budget work. 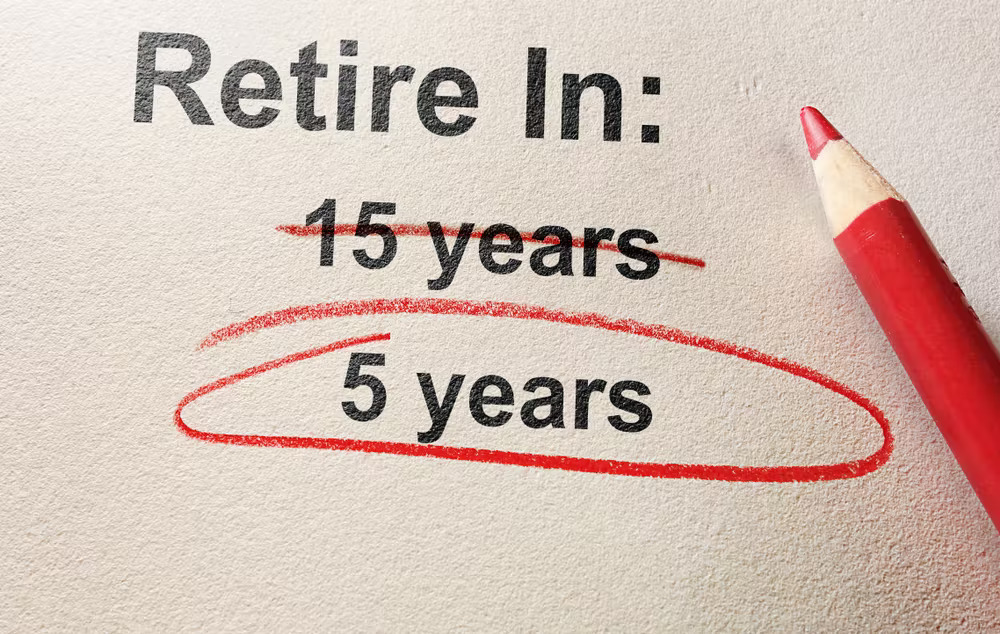 Most Americans don’t have enough money saved for retirement. But by the time kids have left the house, and average workers have wiggle room in the budget, there isn’t much time left to save. While saving early and often is the best retirement savings strategy, late starters need not despair about their retirement budget. Whether you’re in your forties, fifties or sixties you can still act to strengthen your retirement. These are five strategies that can help you make your retirement budget work when time isn’t on your side.

Differentiate between needs and wants

With retirement a decade away or less, it’s important to look at both your current budget and your retirement budget. Going through a detailed budgeting exercise can help you differentiate between needs and wants.

On average, Food, Transportation and Housing take up the largest proportion of an American Household’s budget. While these “big three” are necessary expenditures, the amount you spend in each category can be flexible. For example, it is less expensive to buy groceries and cook rather than eat out. Shelter isn’t a discretionary purchase. However, the amount you spend isn’t fixed. A small house or apartment will typically cost less than a large house. Even in more expensive cities, you can often find less expensive neighborhoods. And of course, driving cars longer (or shifting to one vehicle) is less expensive than driving newer vehicles.

A retirement budget is not usually essential spending only. However, your budget may not have much room for discretionary spending in retirement. Differentiating between needs and wants can help you decide what you’ll keep and what spending can be cut.

If you’ve got a few years until retirement, differentiating between needs and wants carries a double bonus. Minimizing discretionary spending now will allow you to save and invest more now, and it will allow you to make your nest egg last longer in retirement.

Cutting back on discretionary spending doesn’t mean living an empty life. In Paulo Coehlo’s famous novel, The Alchemist, the main character Santiago realizes, “It's the simple things in life that are the most extraordinary; only wise men are able to understand them.” In simplifying and differentiating between needs and wants, you may find new time and resources to spend on the things that matter most to you.

Paying off debt frees up all of your income to pay for current living expenses. That’s critical for retirees who haven’t had the time or income to save up big nest eggs. Retirees with a small nest egg may still have enough income to cover the basics and a few small luxuries provided their debts are paid off. If you’ve got a car note, lingering credit card debt, or unpaid IRS debt, or other high interest debt, try to pay it off before retirement.

The Retirement Budget Calculator's Future View shows how paying off debt can keep a relatively modest nest egg in place for years.

Be creative about income

One of the best ways to shore up a retirement budget is to work longer. By working until age 70, you can delay taking Social Security, increase the years you have to save and invest, and decrease the length of time you’ll draw from your nest egg.

Of course, not everyone wants to work until 70 years old, and many people aren’t able to. If you can’t work full time, you may still be able to find ways to earn during retirement. If you enjoy skiing, maybe you can work as a ski patrol or teach skiing lessons. People hoping to travel abroad may earn money by teaching English lessons abroad.

You don’t necessarily need to earn a full time income during retirement. If you can earn enough to supplement your Social Security Income, you can avoid touching your nest egg for several years. That gives your investments time to grow, so you can better support yourself during your later years.

Your nest egg may be small, but that doesn’t mean that all of it should be invested conservatively. During retirement, your money can be split into four major buckets:

While you may be inclined to keep your investments safe during retirement, it’s important to plan for a long retirement often spanning two or three decades.

Retirees who have smaller nest eggs may need to put more of their income in the aggressive allocation to get the returns they need. The more money you have in a growth investment, the more your potential returns over the long run.

Remember, the less you need in the short term, the more you can invest for the long term. That’s why cutting expenses and earning income during the first few years of retirement can be so effective.

Act sooner rather than later

When it comes to your retirement budget, the sooner you can act the better. Thinking of downsizing in retirement? Downsizing a few years earlier can free up money in your budget which you can contribute towards your 401(k) or IRA.

Trying to cut expenses? Taking action earlier can help you decide whether a streamlined budget is realistic for your lifestyle.

If you hope for a lifestyle business to cover some expenses during retirement, start building the business during your working years. You can use your primary income to cover startup costs, and you can start earning profits before you need to depend on the profits for your lifestyle.

Every step you take towards cutting expenses, and investing for the long run is a positive step. Taking those steps sooner can lead to compounding growth. Even with a late start, you can find a way to make your retirement budget work for you.

Whether you have a few decades or only a year or two until retirement, you can figure out a retirement budget that works for you. Take action today, to open up more options for the future.