Retirees typically want to spent their retirement years with the people they love without worrying about their money. These popular portfolio withdrawal strategies are designed to help retirees fund their retirement without fear of running out of money. 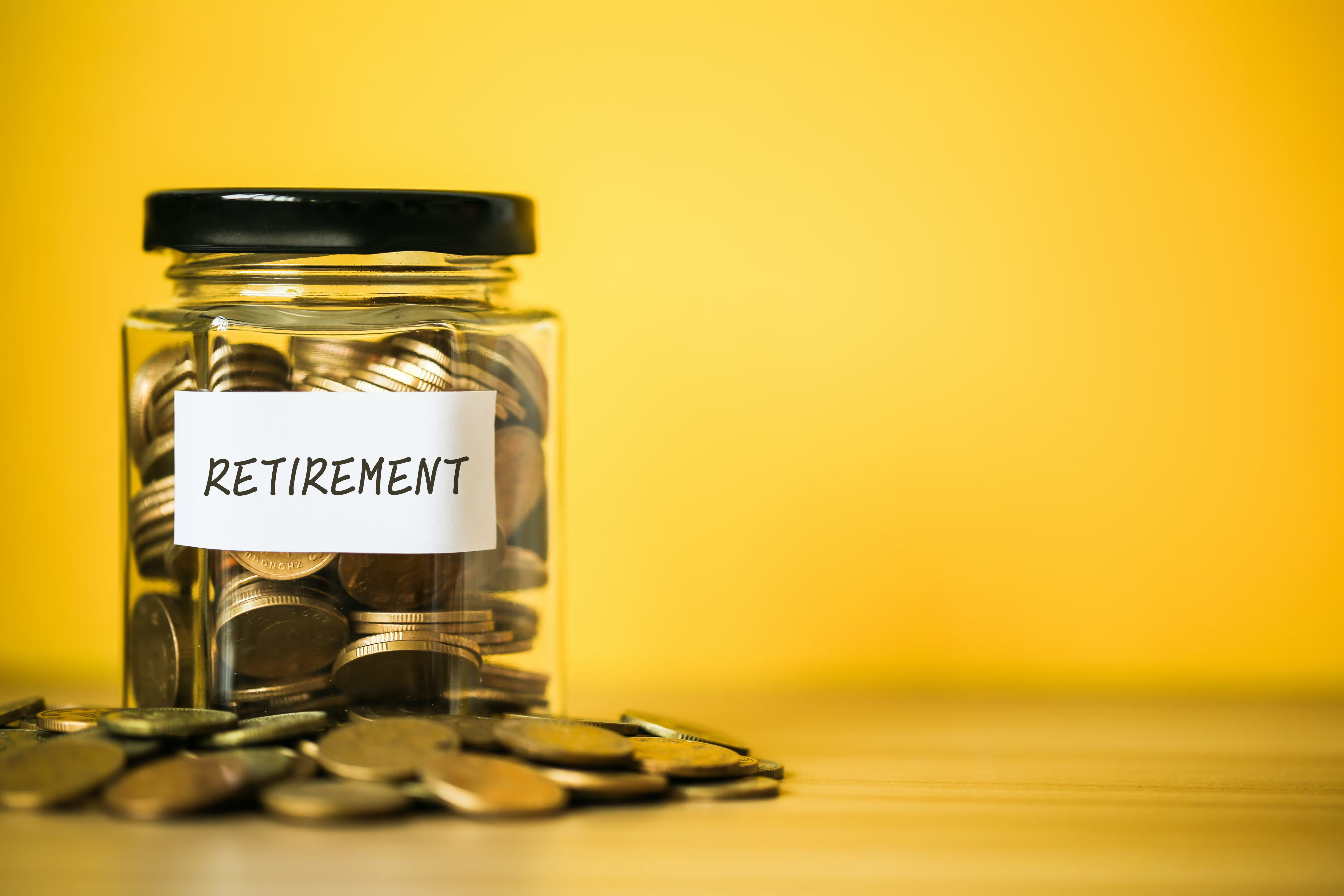 During retirement, most people want to spend their time with people they love, and their money in a way that brings meaning to them. Most want to enjoy a lifestyle similar to their pre-retirement standard of living, but they don’t want to be a retail greeter at age 85 because they’ve run out of money. Figuring out strategies to manage cash flow throughout a decades-long retirement is no easy task. Each retiree will need to take an individualized approach to manage their retirement funds for the long haul. However, many well-researched retirement withdrawal strategies aim to help retirees manage their money during retirement. If you’re starting to think about retirement, considering a withdrawal strategy could make sense for you.

Before thinking about withdrawal strategies

The withdrawal strategies laid out below differ, but most share a common foundation. To successfully implement strategies, retirees and their financial advisors need a solid understanding of their personal finances. These are a few key numbers that people need to know before figuring out retirement withdrawal strategies.

The Retirement Budget Calculator can help you get to all of these numbers on a personal level. Having that information at the ready can make it easier to put your numbers into some of the examples.

For example, a couple that has $1 million invested would withdraw $40,000 their first year of retirement. If inflation is 3%, the next year they will withdraw $41,200. Over time, their withdrawals only change based on inflation. The performance of the market does not play into their withdrawal strategies.

Some people call this rule the 4% safe withdrawal rate. This indicates that retirees using this strategy have a low likelihood of running out of money during a 30-year retirement. While no withdrawal strategy is perfectly safe, this one tends to be more conservative than some of the other strategies.

This strategy was initially developed by William Bengen in the late 1990s. He based his initial work on a 30-year time horizon. Later on, Bengen expanded his study to include more asset classes and different investment mixes. In the later studies, Bengen concluded that withdrawal rates may be somewhat higher than the 4% rule. However, the rule itself is still called the 4% rule.

People who are planning their own withdrawal strategy may be attracted to this strategy because of the simplicity. Retirees only need to watch inflation to figure out the amount to withdraw. However, this strategy may be best suited to high net-worth retirees who can manage their expenditures on a relatively low percentage of their portfolio.

The buckets strategy is a retirement withdrawal strategy that helps retirees segment their money based on time. Under this strategy, funds needed in the short-term are invested very conservatively. It may be in CDs or Treasury bonds or other investments expected to have low volatility. Long-term money can be invested more aggressively, even in stocks.

The amount of money in each bucket depends on the retiree’s expected spending over different time horizons. For example, a retiree who needs to withdraw $20,000 per year may have between $60,000 and $100,000 in a short-term account. The remainder may be invested in moderate or more aggressive investments.

Because money needed in the short-term is conservatively invested, retirees may feel more comfortable with volatility in their long-term investment bucket. By allowing some money to remain in growth-oriented investments, retirees are more likely to see their overall returns exceed inflation in the long term.

The Retirement Budget Calculator offers a “Buckets” visualization for users. This may help guide users to think about matching their time and financial risk profiles. This bucket investment strategy is generally the most helpful for retirees who have variable needs over time, and want their withdrawal strategy to reflect those needs.

Dynamic spending withdrawal strategies aren’t quite as simple as the strategies outlined above. Under dynamic spending strategies, retirees may have the freedom to spend a bit more liberally during their first year of retirement. However, they must adjust spending based on market conditions and inflation. High inflation combined with a down market may lead to some belt-tightening during the retirement years.

The Guyton-Klinger Dynamic Spending strategy starts out fairly simply. Retirees may withdraw between 5.8% and 6.2% of their portfolio in the first year of retirement. The actual amount of withdrawal depends on the retiree’s strategy. If the market goes up, the retiree adjusts their withdrawal for inflation. However, if the market drops, the withdrawal amount freezes.

For example, a person with a $1 million portfolio may withdraw $62,000 the first year of retirement. The next year, if the market is up, and inflation was 3%, the retiree withdraws $63,860. If the market subsequently falls, the withdrawal freezes at $63,860. The withdrawal amount remains frozen until the market has a positive annual return. After that, the retiree can adjust the $63,860 by the amount of inflation that year.

This dynamic withdrawal strategy also has exacting strategies for how retirees should rebalance each year, and which asset class should support their withdrawal (see methodology on Page 51).

The Guyton-Klinger Dynamic Spending withdrawal strategy looks over 40-year retirement windows. Jonathan Guyton and William Klinger set their rules based on a 1973-1974 retirement date. Based on a double whammy of poor market performance and inflation, this was statistically the “worst time to retire” in recent times. They then tested the rules using a more robust statistical method.

While the dynamic spending strategy rules are complex, they may be appealing to retirees who hope to spend more during the early retirement years. We are not aware of a dynamic withdrawal strategy calculator so retirees may consider consulting a fiduciary financial planner to help them execute this withdrawal strategy. In some cases, the actual implementation of the strategy may look a lot like the “buckets” approach to withdrawals. That includes more conservative investments for shorter-term investing and more aggressive investments for money needed in more than a decade.

The Vanguard Dynamic Spending withdrawal strategy seeks a middle ground between portfolio longevity and spending freedom. This approach recognizes that retirees would like to spend more money if it is available due to market conditions, but they may be willing to cut back if market conditions require it.

Under this paradigm, retirees withdraw a set percentage of their portfolio each year (say 5%). However, the percentage a retiree withdraws never increases by more than 5% from the previous year. Likewise, it never falls below -1.5% of spending from the previous year. If the portfolio grows by 10% in the second year of retirement, the retiree will increase withdrawals by 5%. If it decreases by -10% the following year, she will decrease withdrawals by -1.5%.

This strategy assumes that retirees have some flexibility in their spending. If every dollar in a retiree’s budget goes towards necessities, a -1.5% decrease in withdrawals could be a problem for that retiree (especially if it is paired with inflation).

The Required Minimum Distributions (RMD) approach to withdrawal bases withdrawals on the retiree’s life expectancy and the present value of the portfolio. Under this strategy, retirees withdraw based on a Uniform Lifetime Table. The Uniform Lifetime Table adds ten years to retirees' expected lifespan which is considered the distribution period. The value of the portfolio is divided by the distribution period to determine the annual withdrawals.

Morningstar’s Christine Benz offers some insights that show that mimicking RMDs helps to balance both portfolio valuations and longevity concerns. Unfortunately, this approach has downsides too. During the earliest years of retirement, the percentage of withdrawals is small. Retirees who want to spend more early in retirement while they are still physically healthy may not like the lower withdrawal percentage even if it ensures more optimal withdrawals over time.

The spending floor approach to withdrawals is a safety-first approach to retirement planning. It emphasizes feeling comfortable with retirement spending while allowing retirees to manage an investment portfolio for discretionary expenses.

However, there is no need to fully “pensionize” a retiree’s full portfolio. Discretionary expenses may be funded through more aggressively invested investment portfolios. Retirees may opt to spend discretionary funds early or later in retirement as long as the portfolio allows continued expenditures.

The Sound Retirement Income Score is a key indicator of success under the spending floors approach. This score divides necessary expenditures by “guaranteed” income in retirement. Guaranteed income can include sources such as Social Security, Pension Income, and Annuity Income.

Retirees who are especially concerned with portfolio longevity and especially capital preservation may prefer a withdrawal strategy called never touching the principal. Under this strategy, retirees spend dividends and interest from their portfolio, but they never sell underlying shares. If the portfolio appreciates in value, dividends and income should theoretically increase alongside the value of the portfolio.

This strategy is similar to the strategy of a real estate investor that only relies upon cash flow to fund their living expenses. The investor may spend cash flow from the rental income, but they do not plan to sell or put a mortgage on any of the investment properties. In this way, the underlying value of the real estate portfolio remains intact and future cash flow is more likely preserved.

While never touching the principal is a great way to maximize portfolio longevity, it means smaller expenditures, especially in the early years of retirement.

We've covered seven of the most popular retirement withdrawal strategies. Each has been studied in-depth and could help retirees manage cash flow without worrying about a depleted portfolio. However, none of the strategies is fool proof. Each one could lead to financial difficulties due to market underperformance, inflation, or unexpected financial needs. The Retirement Budget Calculator may help you estimate these effects, but it does not cover every situation. It is designed with an emphasis on cash-flow and is for those looking for a "can I afford to retire calculator."

Still, to maximize the likelihood of success, retirees will want to exercise discipline in adhering to their strategy. Retirees are more likely to have success by sticking with a strategy that matches their goals. If you're not sure which strategy works best for you, you may want to work with a fiduciary financial advisor who can help review your personal situation.